To Die In Your Web 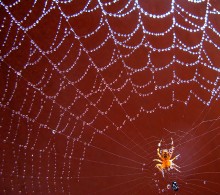